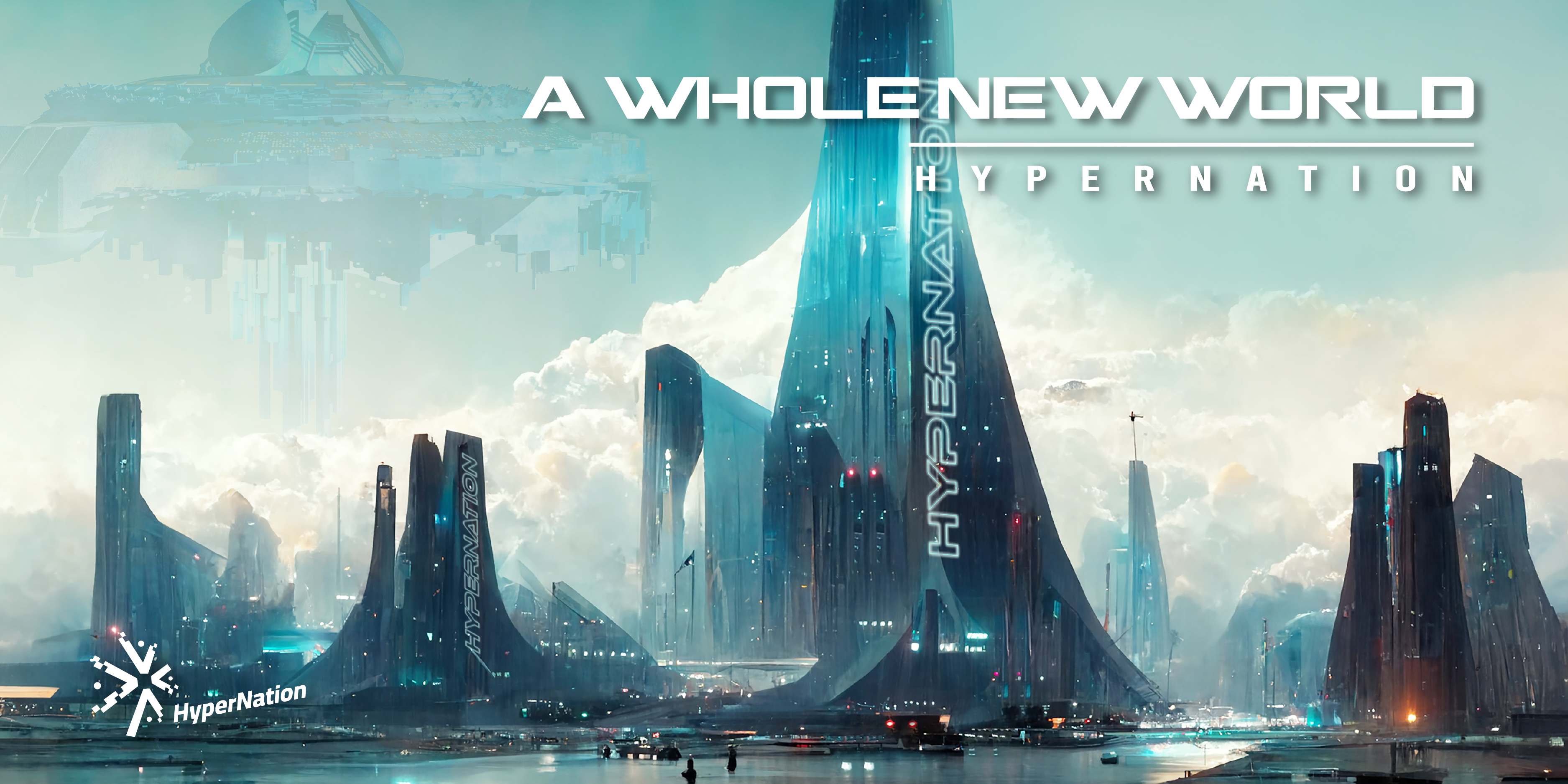 Welcome to HyperNation.  This is where it all begins.  An all-new futuristic molecular phenomenon that could regulate the future of mankind - The Out-of-Body Experience.

One of the prominent features potentially to be borne out of HyperNation is the out-of-body experience (OBE).  Immersive virtual reality is a critical proponent that can help to project a whole new light, through the conceptual representation of an imaginative virtual environment.

Out-of-body experiences (OBEs) are defined as experiences in which a person seems to be awake, however, he is able to see his body and the world from a location outside his physical body.

According to The Atlantic, neuroscientists think that out-of-body experiences involve the vestibular system, often made up of canals in the inner ear that can track movements and someone’s location in space.

For a long time now, humans have been experiencing out-of-body experiences either in their sleep or during a lucid dream state, which sometimes can be linked with sleep paralysis. The out-of-body experience (OBE) is a sensation of consciousness leaving the body, this would generally involve a feeling of floating outside your body. According to first-hand accounts from people who’ve experienced OBE, this may seem like an altered perception of the world.

Typically, OBEs can happen without warning, usually occurring when you are falling asleep or coming out of sleep. According to Swiss researcher Olaf Blanke, the primary cause of OBE can be linked to a breakdown in communication and the nervous system in a part of the brain known as the temporoparietal junction, TPJ.

The discussant effect of OBEs can be linked with common symptoms like migraines, anxiety, and depression. Furthermore, psychologist Andra Smith from the University of Ottawa, Canada suggests that it is possible to trigger an out-of-body sensation through meditation. It is also possible to experience “floating” or “sinking” sensations.

As we speak about the Out-of-Body Experience (OBE) within HyperNation, it will be an extended cross-reality concept using audio and video to allow us to experience our physical surroundings differently. Future technology developments including devices, sensors, and actuators, will help to build the mechanism for XR experiences. Further than that, there will be context-aware applications and network enablers that will exhibit our senses that could be the primary connector to merge the digital and physical worlds.

Aptly known as the Internet of Senses, human beings can get in touch with their inner digital sensory experiences in the realm of virtual reality. The Internet of Senses will transform our digital experiences and synthesize them with the Out-of-Body Experience for HyperNation. These would include the five senses merged reality, immersive communication, remote operation of machinery, and sustainable vacations and shopping in VR, XR contextualized format.

Within HyperNation, there is a phenomenic conjuncture where you can experience a multilateral experience through OBE. Reflected by a visual and auditory projectile, you can travel through time and space by putting on the XR sensory and auditory gadgets. The emergence of the Internet of Senses will play an integral part in this, as there will be a paradigm shift towards lightweight AR devices. True perception of the objects can be felt in the virtual realm, as it can make the XR experience appear as indistinguishable from reality as possible.

This is not just it, the wonders of OBE can be applied to SocialFi, GameFi, and the Monopoly Planet conceptual system within HyperNation. For all that matters, this will form a meta-union ecosystem that will be a pivotal part of human social life in the 21st century, engineering an alternate world through metaphysics that will defy the indigenous laws of reality.