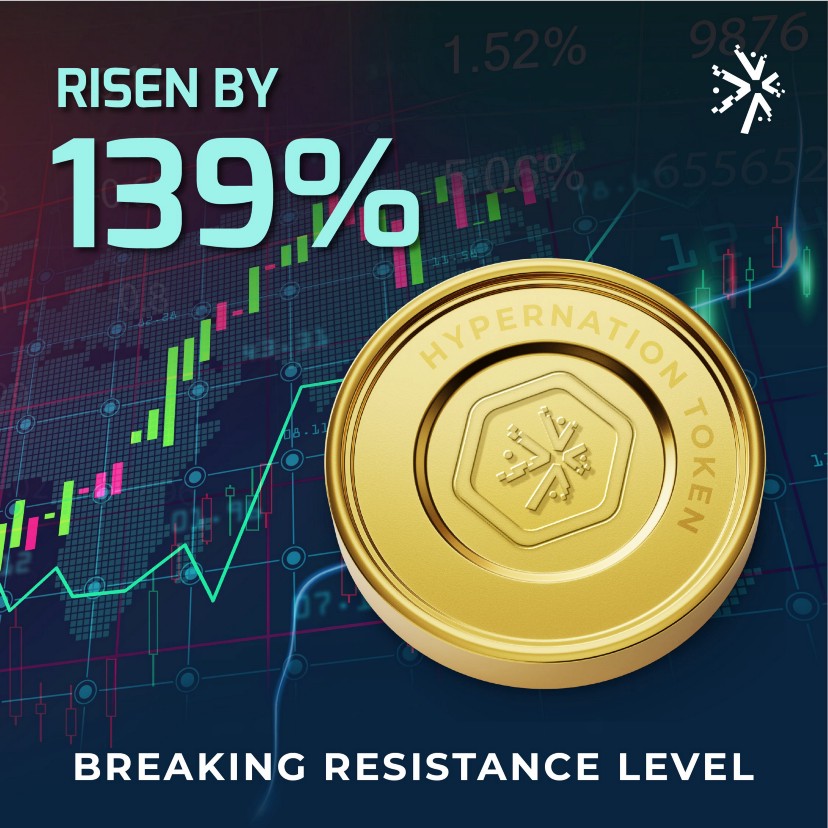 HyperNation Token (HNT) is expected to soar further within the next few months, breaking resistance levels. Since its inception back in early October, the HyperNation token has risen by more than 139%.

As of the time of writing, the HyperNation token remains as bullish as ever, last trading at a price of $2.05 on PancakeSwap. The all-time-high (ATH) for HyperNation Token (HNT) was $2.39, beating its previous ATH of $1.4. Resistance breaks and new highs may indicate that buyers or traders are keen to return to the market.

The global economy is currently experiencing its steepest slowdown since 1970. Notably, we are all aware that the cryptocurrency market has been declining at an alarming rate since the beginning of the year. Factors like high inflation, drastic rate hikes, and recession may affect the cryptocurrency outlook as a whole. Nonetheless, HyperNation Token (HNT) has all the fundamental attributes of a stablecoin thanks to its meta-union ecosystem that includes all the decentralized facilities such as DEX, Yield Aggregator, Liquidity Mining, and Cross-Chain function.

According to a JPMorgan analyst, the beaming signals may indicate the end of one of the longest-running bear markets in history. Well, the cryptocurrency market’s deleveraging phase is ending.

In a similar sense, the volatility of the cryptocurrency market may be a determining factor in the decline of market share, resulting in an unwarranted market crash. Elon Musk, who has just taken over at the helm of Twitter, predicted that Bitcoin may be worth more than ‘$500,000 in five years’.

Sounds like a pretty bold prediction, you say? According to the CEO of Tokenly, Adam B. Levine claimed that “as the value goes up, heads start to swivel, and sceptics soften”. And yes, everything is up to our own judgement and determination, regardless of the market condition.

Frankly, we remain in the early days in the process of transitioning into the Metaverse. The HyperNation is constructing a utopian nation that will uphold its citizens’ collective consensus. We recognize the significance of establishing a nation that values free speech, religion, and the right to petition. As our society embraces humanitarianism and ethnocentrism, let’s imagine a nation that prioritizes the economic growth and stability, fully embodying the principles of decentralization.